The DOOH programmatic in support of Smart cities and the construction of a sustainable and circular environment.
Pladway’s position on the role of ad-tech advertising and brands in the evolution of urban centers in a green key.

Presenting the peculiarities of out-of-home advertising in terms of reducing the impact of outdoor technologies on the environment, Marco Orlandi, CEO of Pladway, a company specializing in programmatic out-of-home advertising, and head of the Digital Division of the Voilàp Group, which includes, in addition to Pladway, the companies Imecon and MotIQa.

Brand protagonists of the Green evolution of cities
Cities are the main producers of waste, with a significant impact on the environment. 54% of the population lives in urban contexts with high population density that contribute a global footprint of 60/80%. Their transformation into Circular Cities allows them to become eco-sustainable in order to be at the forefront of the battle against waste, inefficiency and pollution. In this context, the advertising industry can also make a difference.

The contribution that this sector can make to environmental sustainability was at the heart of Orlandi’s speech on January 28 in front of an audience of professionals and start-uppers under 30 at Campus Party Spotlight, the event promoted by Enel Energia and focused on Circular Cities.

In the presentation entitled ‘Brand and Smart City: love requited?‘, Orlandi made a useful contribution to laying the foundations for building the world of the future, making cities Circular and therefore sustainable.
The city is the natural place where to start taking concrete actions for the environment and we are all called to take care of it. In 2022, consumers expect from major brands a concrete commitment to support and address environmental and social causes. Outdoor advertising media (part of the so-called ‘street furniture’), which host and project the promotional campaigns of brands in the city streets, are working to play their part in supporting this process of creating new, circular and sustainable cities. How? By becoming living messages themselves, collectors of environment-related initiatives – an example of this is the bus and streetcar stop shelters adorned with greenery to feed the ecosystem of bees, so important for nature and mankind. 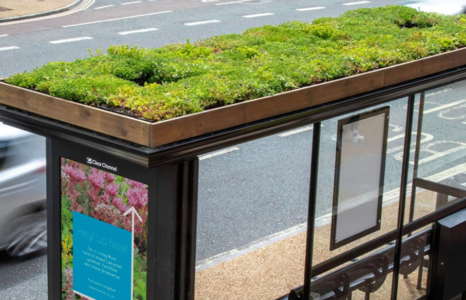 The role of out-of-home advertising
Out-of-home advertising is the medium that, more than any other, is able to show the commitment to the environment and the values of brands to citizens in total transparency. In today’s ‘thinking’ cities, communication is a two-way continuum. Citizens and companies must learn to listen to the needs of their cities, and in turn, municipalities can play a pioneering role in high impact sustainability initiatives.

Urban furniture in this perspective can serve the purpose of enabling communication with citizens through shelters, totems, street lamps and other objects equipped with sensors capable of “listening” to the needs of the city.
Within these outdoor media, there is the contribution that advertising can make, especially to that part of the public that recognizes its positive informational value (for 78% of respondents in the Clear Channel France survey, advertising is indeed capable of making a positive contribution to society).

Advertising innovation for environmental sustainability
Digital out-of-home speaks the language of digital and the internet, while solving a number of problems that online advertising has, such as “skipping” in front of ads or fraud and bot traffic.
Content played in this “cookieless” environment remains central and, on outdoor canopies, is seen by the audience as a source of timely, personalized and contextualized information.

Automation and digitization are then enablers of comprehensive campaigns, coordinated and optimized in terms of economic and creative resources. This is why, in the long run, digital screens will be increasingly widespread in urban contexts. It then becomes fundamental to address the issue of their sustainability.
Is it true that digital screens consume a lot? If we take into account the overall balance between traditional and digital screens, the numbers are in favor of the latter: 27,000 km of van saved (for set-up and periodic maintenance on traditional OOH billboards compared to the digital ones of DOOH), 6.2 tons of CO2 saved as well as 5 tons of paper no longer needed each year.

Pladway’s contribution
Ad-tech software that contributes to the automation of the advertising component, such as Pladway, plays an important role for the smart city because it allows its objects to be connected and easily reached by the most conspicuous component of the advertising market, the programmatic one.

As has already happened on the web, programmatic technology – based on algorithms that automate the purchase and distribution of advertising – allows brands to choose the best positions for their communication based on data, without having to contact the various dealers and media owners individually. By making OOH speak the language of the web, a pDOOH platform such as Pladway allows screens in the city to host advertising messages in an easy, fully automated, customizable way at any time (unlike their paper counterparts) and economically sustainable way.

The approach between DOOH and online communication, better known and the main channel of investment and consideration by the brand, simplifies the meeting between demand and supply of space. Finally, even the schedules of OOH screens can be managed in real time and selected in a scientific way, through their own qualities and data (detected by sensors that certify the views and count the people potentially exposed).

Corresponded love
The DOOH, with the brands that invest in it, is able to represent today a stimulus and an authoritative source to finance new projects useful for the development of smart cities. The contribution of the brands for smart cities passes through three areas: storytelling, i.e. the content of the campaign that conveys brand values in line with the expectations of the public – which expects from it a greater attention to social initiatives and public interest -, the theme of functional funding to bring useful objects and projects to the cities and, last but not least, the know-how to implement earth-friendly initiatives. 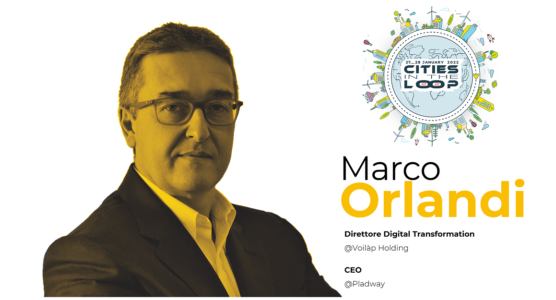 Check out these related insights

Pladway: Programmatic DOOH to take off in Italian airports

Pladway: Programmatic DOOH to take off in Italian airports

The easing of travel restrictions and the potential of advertising:
a combination that once again rewards brands that choose to invest in [...]

This website uses cookies to improve your experience while you navigate through the website. Out of these, the cookies that are categorized as necessary are stored on your browser as they are essential for the working of basic functionalities of the website. We also use third-party cookies that help us analyze and understand how you use this website. These cookies will be stored in your browser only with your consent. You also have the option to opt-out of these cookies. But opting out of some of these cookies may affect your browsing experience.
Necessary Always Enabled

Analytical cookies are used to understand how visitors interact with the website. These cookies help provide information on metrics the number of visitors, bounce rate, traffic source, etc.

Analytical cookies are used to understand how visitors interact with the website. These cookies help provide information on metrics the number of visitors, bounce rate, traffic source, etc.

Other uncategorized cookies are those that are being analyzed and have not been classified into a category as yet.

SAVE & ACCEPT
Powered by